The Delegation of the Indian Embassy has Visited KSMU

On March 22, 2017 the delegation of the Indian Embassy in the Russian Federation headed by the Ambassador Extraordinary and Plenipotentiary His Excellency Mr. Pankaj Saran paid an official visit to the Kursk State Medical University.

With the aim of learning more about the education activities of KSMU the members of the delegation visited a clinical trial site – the Kursk regional clinical oncologic dispensary and the KSMU Center of accreditation and simulation training, which is implementing new approaches in the medical education through mastering of professional competences amidst highly realistic simulated medium.

Afterwards the delegation of the Embassy held a meeting with the KSMU students from India. In conclusion the Ambassador mentioned the high level of the Indian students’ contentment with the educational process and the living conditions in Kursk.

Next the meeting of the delegation of the Embassy with the university administration took place in the KSMU conference hall. Present at the meeting were: Rector of KSMU, Deputy of the Kursk Regional Duma Professor V.A. Lazarenko, Vice-Rector for Educational Activities and General Affairs Professor P.V. Kalutsky, Vice-Rector for Clinical Work and Interaction with the Clinical Bases Professor I.G. Khmelevskaya, Vice-Rector for Research and Innovation Development Associate Professor P.V. Tkachenko, Vice-Rector for Continuous Education and International Cooperation Professor I.G. Komissinskaya, Vice-Rector for Educational Work, Social Development and Public Relations Associate Professor T.A. Shulgina, Counsellor of the Committee of the Kursk Region Administration on external relations development L.N. Vashchenko, Rectorate Advisor M.T. Chahine, Head of the department of international relations Yu.Sh. Iobidze, dean of the International Faculty Professor Yu.D. Lyashev. Following issues were discussed in the course of the meeting: KSMU joining the Russian and Indian Association of universities, development of cooperation in education, academic mobility, and improvement of social and living conditions of the students. Particular attention was paid to the participation of KSMU in the programmes “Global Initiative for Academic Networks (GIAN)” and “VAJRA (Visiting Advanced Joint Research) Faculty Scheme”. The rector of KSMU Professor V.A. Lazarenko suggested creating a Russian and Indian Association of medical universities. In the course of the meeting the Ambassador expressed a wish to hold an international cultural festival in May 2017 to commemorate the 70th anniversary of the diplomatic relations between Russia and India.

At the meeting with the governor of the Kursk region A.N. Mikhailov the Ambassador Extraordinary and Plenipotentiary His Excellency Mr. Pankaj Saran mentioned the high level of training of the Indian citizens at the Kursk State Medical University.

The reception hosted by the Ambassador Extraordinary and Plenipotentiary of Republic of India His Excellency Mr. Pankaj Saran took place on March 22, 2017 in the evening at the hotel Aurora, where there were invited representatives of state authority bodies and local government authorities, heads of educational establishments and enterprises of Kursk and Kursk region, including representatives of the KSMU administration. The jewel of the evening was the performance of dances by Indian and Russian students. 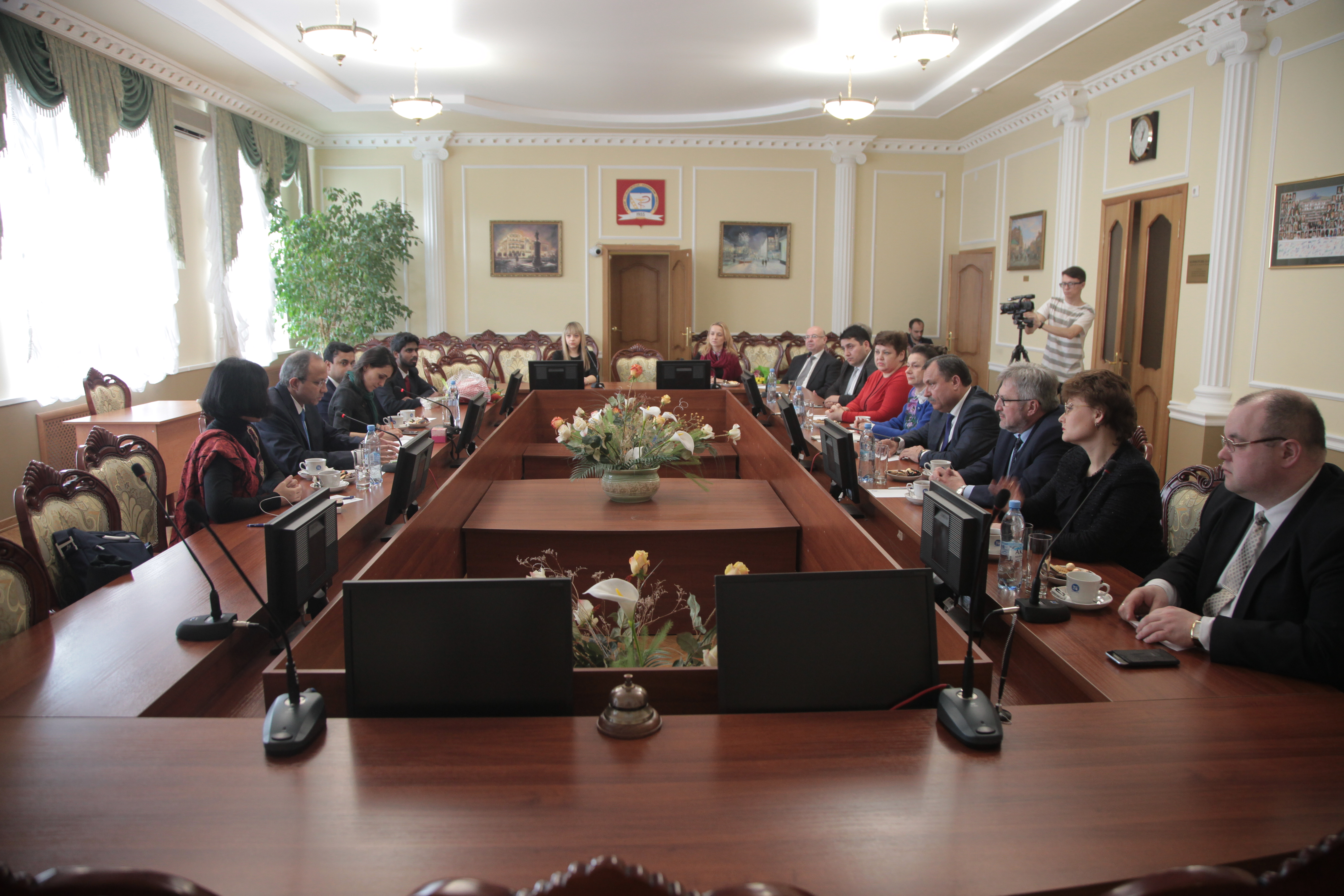 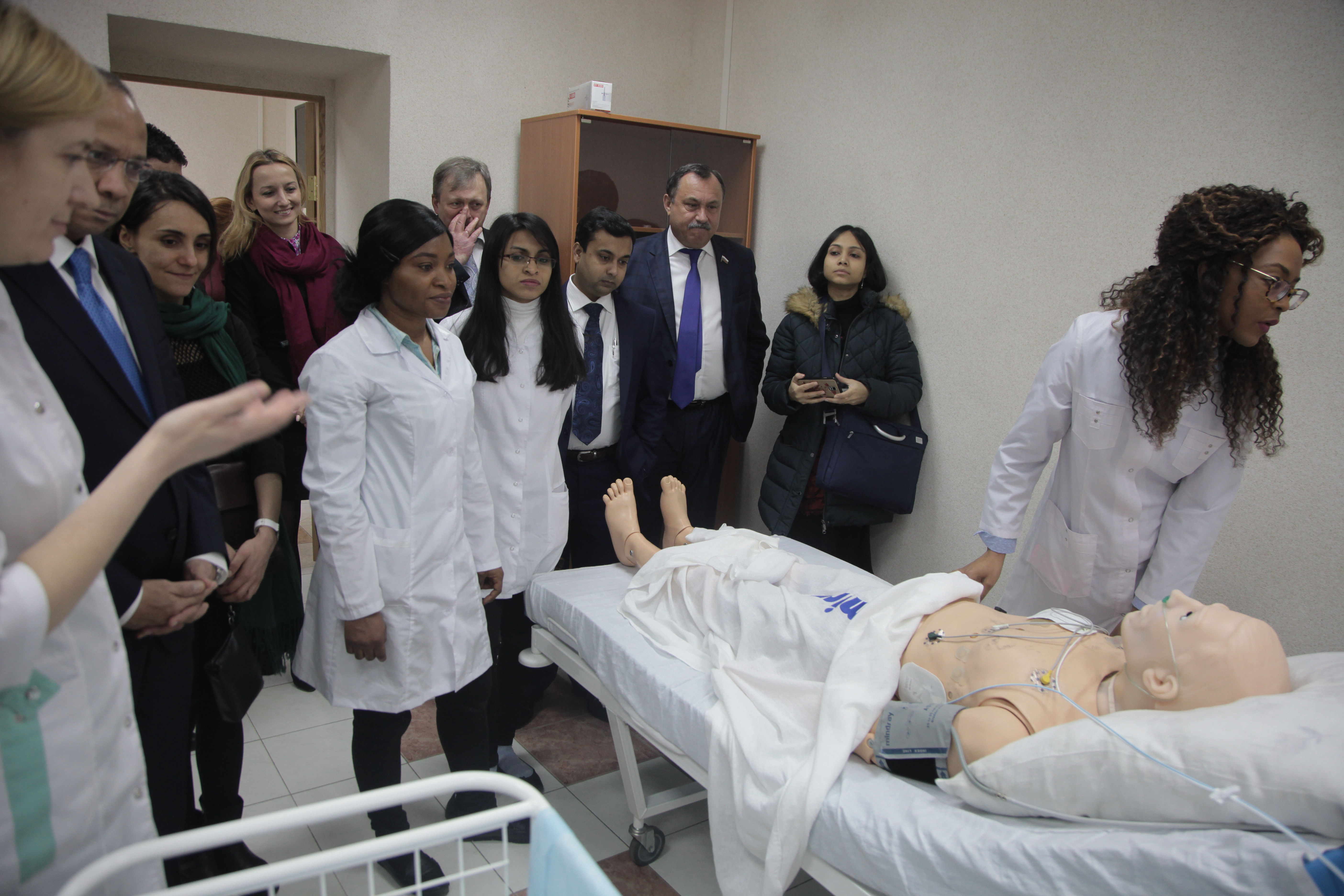 Dear friends,guests of our site!
We welcome you on our site and offer information about Kursk State Medical University. The University is in well-known in the country for its scientific achievements, the system of the teaching quality and outstanding graduates. Among the outstanding figures of the medical science and practical health service in our country and throughout the world are academicians Yu.K. Skripkin, V.N.

The mission of the university is oriented to profound knowledge of human health, medical science development and health care practice improvement. Teachers, students, interns, postgraduates and doctoral students are a part of intellectual, professional and cultural elite. Their professionalism is based only on the prestige of knowledge, skills, competence, spirituality, morality, patriotism, general and personal culture and responsible discipline.

The university staff and students follow the rules and regulations of our mutual motto Professionalism. Medico-social competence. Effective humanism. Great responsibility. The prestige of the university.

Have you a nice browsing, we are hopeful our contacts will be continuous.